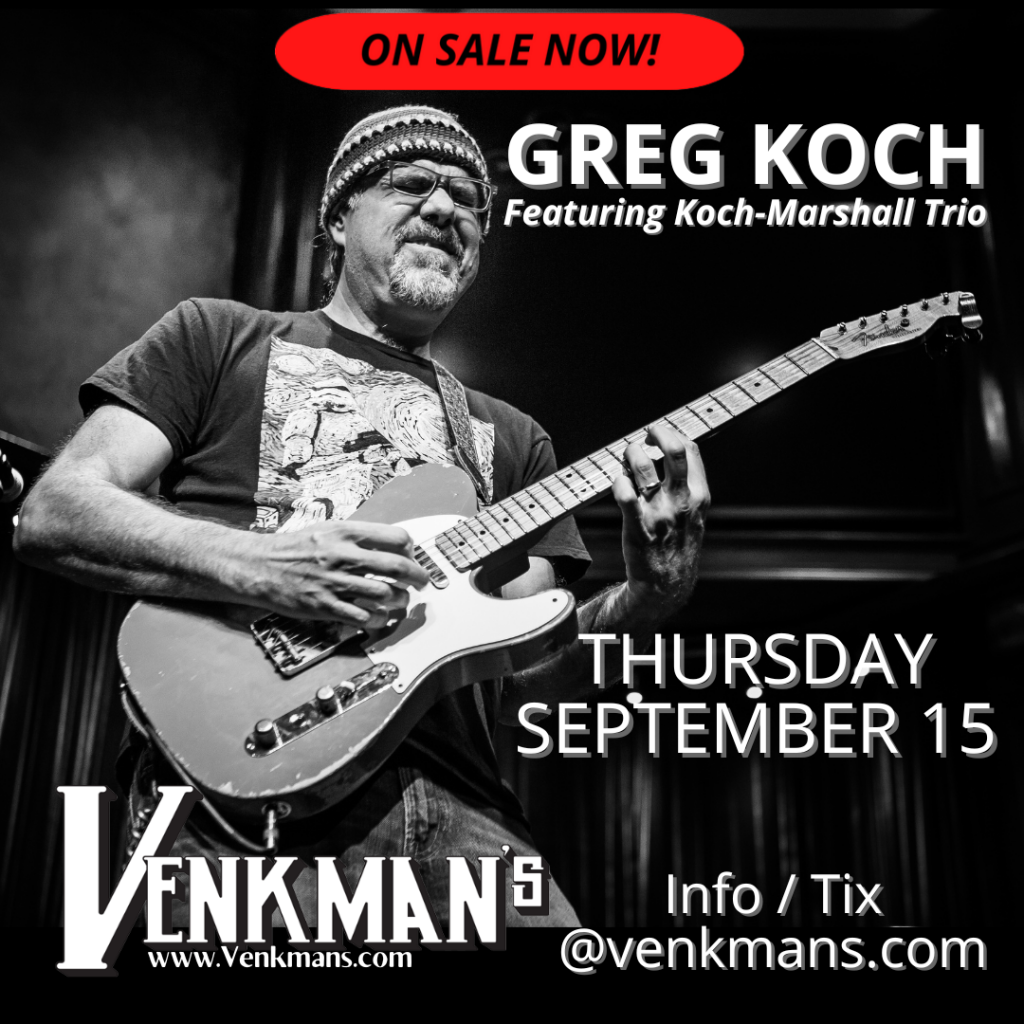 Milwaukee native Greg Koch has forged a successful career
as “a guitar player’s guitarist.” He is not only a fiercely creative
player with a whole trick bag of impressive techniques, ranging
from Albert Lee chicken-pickin’ to Albert King string-bending
to all-out Hendrixian abandon, he is also is a clinician for
Fishman Transducers and his wildly popular “guitar test drive”
videos (4,000 to date) for Wildwood Guitars of Louisville,
Colorado have generated 50 million views. Koch also has a
signature axe which was released in 2019 by Reverend Guitars,
named the Greg Koch Signature Gristlemaster. The guitar
colors were given somewhat humorous names like: Kochwork
Orange, and Blucifer. He is also a best-selling method book
author and video instructor for music publisher Hal Leonard
and a contributing columnist for a variety of guitar magazines
including Guitar Player. Guitar great Steve Vai, who released
Koch’s 2001 album The Grip on his own Favored Nations
label, heaped praise on his fellow guitarist: “Greg Koch is
one of those rare guitarists that can blend various styles
with a light-hearted approach and a tremendous amount of
technique. Hearing him play is inspiring to a guitar player to
try to achieve greatness on the instrument.”